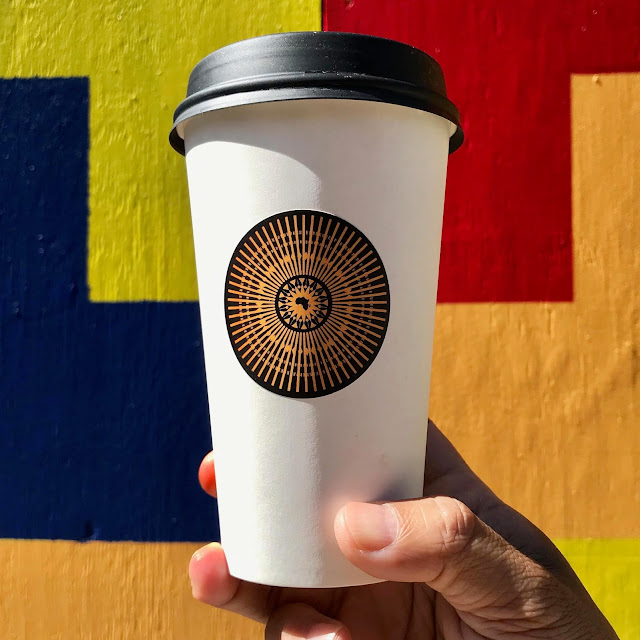 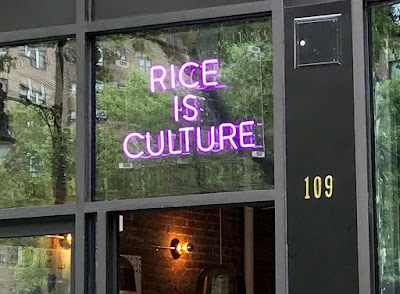 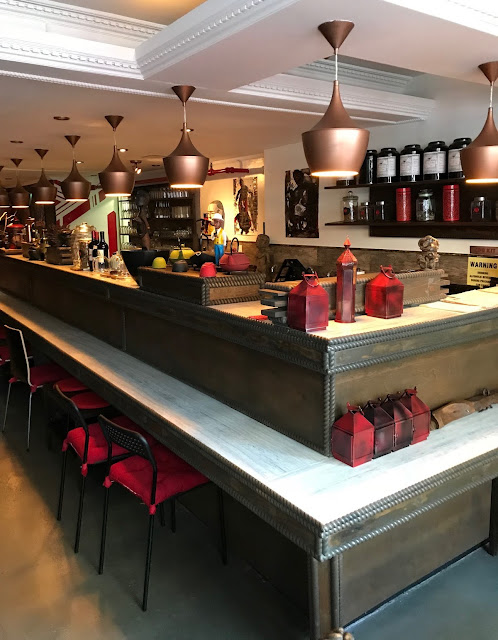 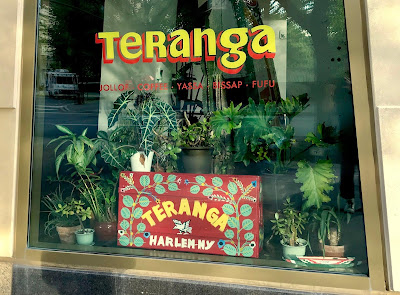 Harlem Bespoke:  New Yorkers are becoming more ambitious with trying out global cuisine and contemporary ethnic eateries have been popping up all over the city.  A lot of diverse Asian fare such as Japanese, Korean and Vietnamese have become the top food trend in the past few years but now African cuisine appears to be the next big thing uptown.  Yes there are cheaper, authentic restaurants to be found everywhere in town but a more modern presentation appears to be the movement du jour.  Below are some of the best new spots to check out for foodies in Harlem:

Teranga: 1280 Fifth Avenue by 110th Street.  Pierre Thiam is the city's most famous chef for African cuisine and has opened a cafe with a casual dining experience that has an art gallery included.  Everything is in a new building facing Central Park and has a later dinner service during the weekends.  A full review on Taranga can be found in our past post: LINK

Serengeti Teas and Spices, 22 East 125th Street by Madison Avenue.  The first modern African tea parlor in Harlem started out on FDB few years back but has since moved to a larger space on 125th Street and now has dinner service later on in the evening.  Some of the most impressive blends of herbal or flora ingredients can be found here and Serengeti Teas is a must visit Harlem destination: LINK

Ginjan Cafe: The Corn Exchange building on 81 East 125th Street and Park Avenue.  The two brother that founded Ginjan ginger juice drinks in Harlem have expanded nationally to Whole Foods and now  have a cafe opened within the landmark Corn Exchange building.  African coffee and drinks are what's on the menu during the soft opening but make sure to check out the first retail shop to open within one of 125th Street's most notable landmarks: LINK

Field Trip: 109 Lenox Avenue just south of 116th Street.  Celebrity chef Joseph Johnson has been working with some of Manhattan's most famous restaurants in the past but now has opened his first casual eatery specializing in different rices of the world.  Expect the signature mix of Asian and African flavors at this newcomer in the heart of Central Harlem.  Field Trip is also only opened mid-week through the weekends.  More details can be found in our past post:LINK

Benyam: 2795 Frederick Douglass Boulevard by 149th Street.  This little upper Central Harlem gem opened up recently and specializes in Ethiopian food in a contemporary setting.  Those in the neighborhood should drop by for lunch when things are more quiet or check out the early evening happy hour specials.  More on Benyam can be found in our past post: LINK