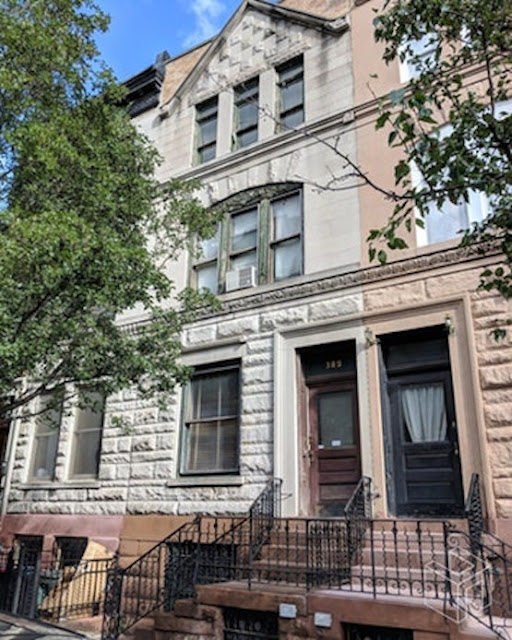 Harlem Bespoke:  The lowest priced Harlem townhouse that was currently available had been reduced multiple times since last fall and and now has a contract out as of this week.  Number 389 Convent Avenue arrived on the market for the asking price of $1.39 million back in September 2018, then the fixer-upper had been reduced to $1.25 million in December and by the end of January 2019 went down slightly to $1.2 million. When June rolled around without a confirmed buyer, it appears that the historic home just had one more price cut to $1.18 million.

Apparently this landmark address just north of 146th Street is not an SRO and has been used a single-family home in the past but now is basically a shell.  The listing mentions that the interior can not be viewed because of poor conditions so this might be one of the risks involved for potential buyers and an all-cash transaction requirement was another hurtle.  Other than that, the express train entrance at 147th Street and St. Nicholas Avenue is only a couple of blocks away, so the location is ideal for commuters.  More details and contact information can be found on the broker site: LINK