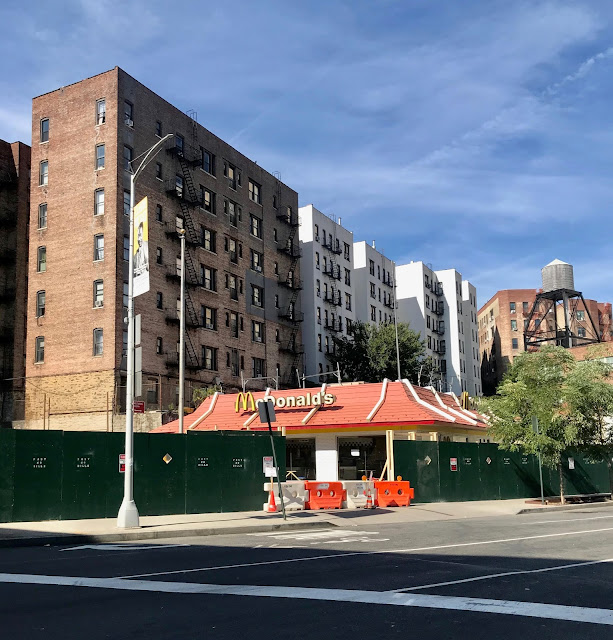 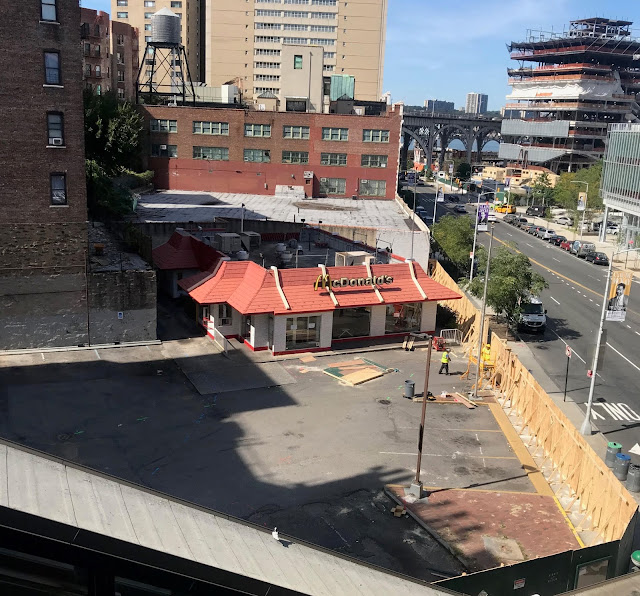 Harlem Bespoke:  It was announced last fall that the freestanding McDonald's at 125th and Broadway would be demolished and that day finally arrived in the past week.  Many in the neighborhood were very sentimental since this location had been around in the 80s and was a social address in the neighborhood way before the arrival of the coffeeshops or artisan eateries. 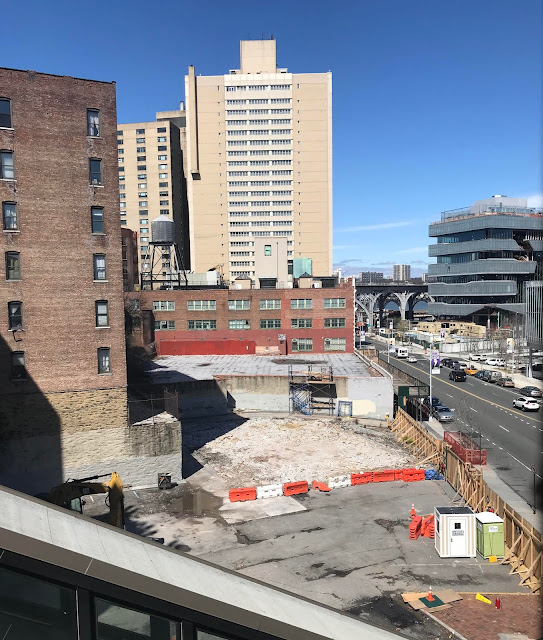 Everything shut down at minute's notice in September and the site has been sitting idle for the most part until mid March of this years.  Once the heavy equipment arrived, it was only a matter of days until the entires structure was fully razed.  Apparently a 34-story tower for Columbia University student housing will soon rise at this West Harlem intersection in the couple of years of all goes to plan: LINK