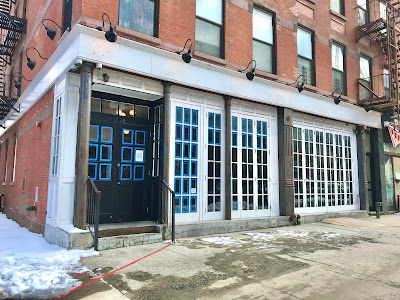 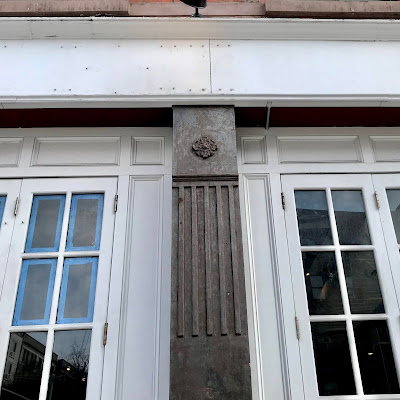 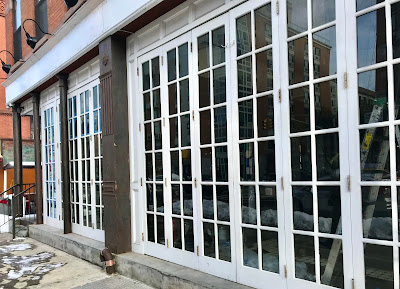 Harlem Bespoke: Will Row House on Frederick Douglass Boulevard by 115th Street reopen soon? Someone asked that on our Facebook site and we noticed that the front signage had been removed while walking by the restaurant this past weekend.  Blue tape on the windows out front indicate that everything is being repainted and the lettering up top probably had been removed just to make the work at hand easier.  A social media posting on Instagram mentions that some changes are definitely coming about and that the eatery will open again sometimes in March.  Row House has become a local favorite for contemporary American cuisine since its debuted back in 2015 and should be even better when everything reopens again.  More on Row House in our past post: LINK
HarlemBespoke.com 2021
Posted by Ulysses at 10:48 AM