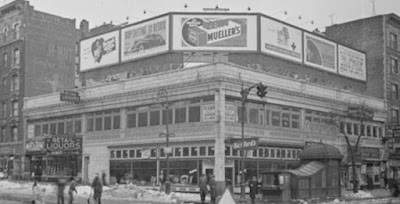 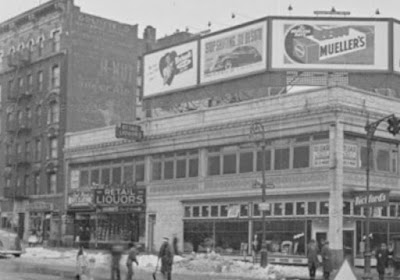 Harlem Bespoke:  We have written a couple of post on the historic Brands Liquor store location on West 145th Street just east of Broadway since it originally had this fabulous retro awning that was around until 2005 but now it appears that the shop itself has moved on.  There is a for rent sign up now at the space which has been a neighborhood fixture for generations.  The above are old photos from the city archives dating back to the 1940s and Brands was around back then which makes it around 80 years in the in Hamilton Heights at this exact address. 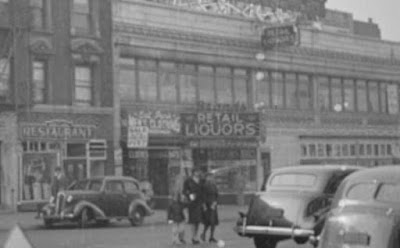 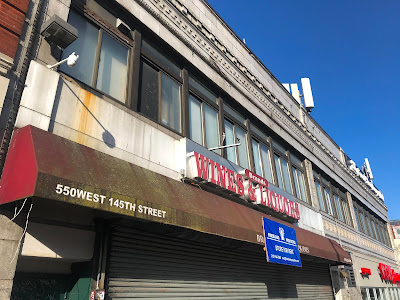 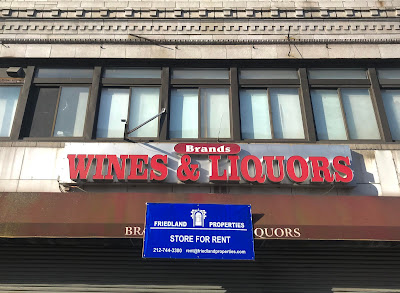 There must have been some sort of issue with the lease since Brands just moved a couple of doors down to the next building over on the same side of block and so all is not lost.  With that said, that was quite a long run and the store is probably by far the oldest, continuously running wine & liquor shop in the neighborhood or even in Manhattan.  Check out our past post for more on the original marqee at Brands on West 145th Street: LINK
HarlemBespoke.com 2022
Posted by Ulysses at 7:35 PM