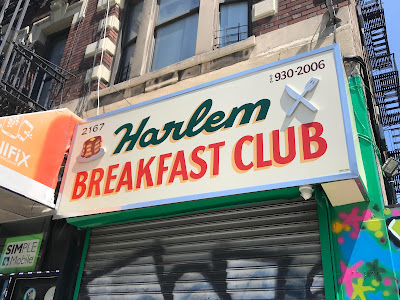 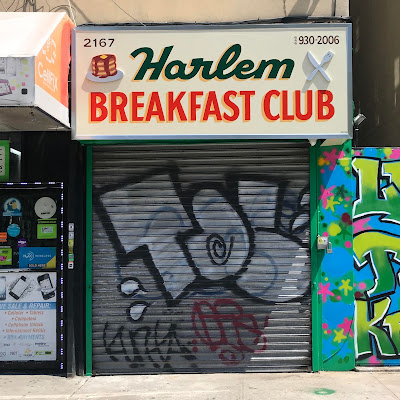 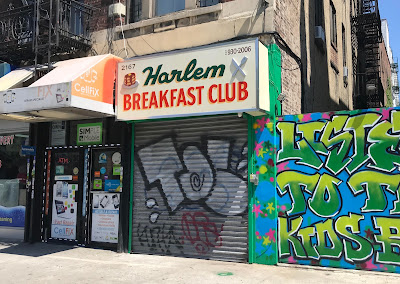 Harlem Bespoke: We walked by the former BK French Cuisine takeout storefront on Adam Clayton Powell by West 128th Street this week and noticed that new signage was up but everything inside was still under construction.  The retro vibe of  Harlem Breakfast Club kind of looks like a film set but the social media on Instagram has now been set up so this will definitely be a new eatery to watch out for.  This spot was a local favorite when BK was around and so there is a lot of potential here.  There should be an opening announcement in the coming weeks since the interior was mostly complete from what we could see.   Check out our past post for more on BK French Cuisine which was started up by a couple of French chefs in the neighborhood who have now since moved on to working at some of the other restaurants in the area: LINK
HarlemBespoke.com 2022
Posted by Ulysses at 8:04 AM