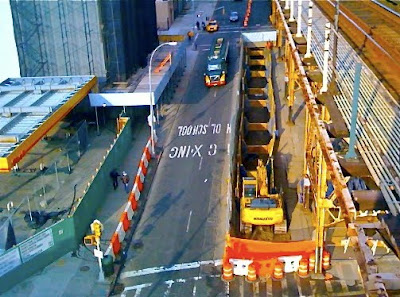 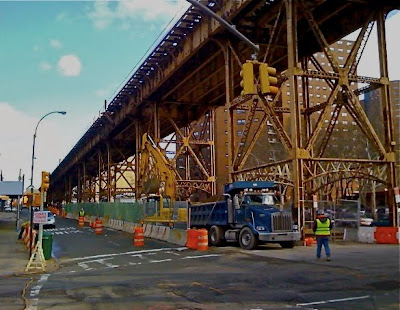 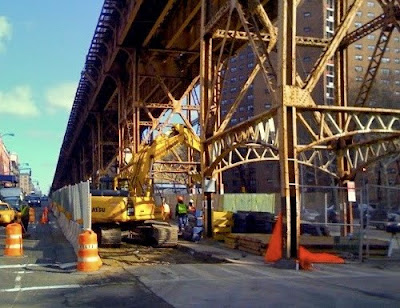 We didn't really think too much about the article that the New York Times wrote on Columbia's lesson learned on the limits of Eminent Domain except that the language changed on what the 5% that Columbia could not take over meant to the project. According to the article, "At the Harlem hearing, a Columbia executive vice president, Maxine Griffith, said the holdout properties were needed because the 16 new buildings would be connected underground. “If the basement can’t be connected, I don’t see how we can proceed."

Underground tunnels are now the language being used but the original issue was that the underground property in question would house a huge subterranean bathtub which would serve as a bio waste facility. That one would have been hard to get sympathy for in the public realm. As for proceeding with phase one of the Manhattanville Campus, there was a lot of banging and noise on the site today with digging and excavation even on Broadway itself (top photos). Read more in the NY Times: LINK
Posted by Ulysses at 1:02 PM