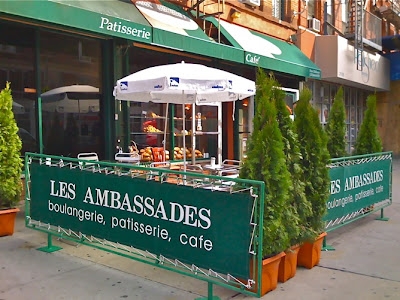 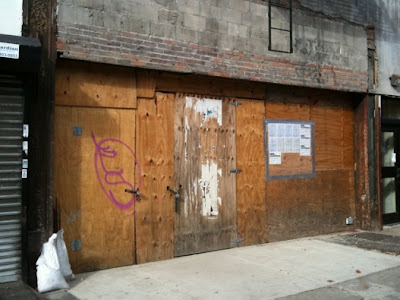 According to a recent Wall Street Journal article on Les Ambassades, the South Harlem eatery will soon expand further north to the block between 126th and 127th Street on Lenox Avenue: LINK.  The cafe that serves up French pastries, African and Vietnamese cuisine on FDB and 119th Street should have their second location on the west side of Lenox seeing that Sylvia's pretty much takes over the east side.  We mentioned that work permits were up for a pizza parlor at 321 Lenox had been filed in 2009 but the gutted space just served as a Christmas tree pop up shop most recently: LINK.  Then there's 325 Lenox Avenue (lower photo) which we saw some activity on in December and work permits do show that a restaurant had previously been planned for the space a year ago (but nothing new has been filed recently).  There will apparently be one less empty storefront on this side of the street by next month according to the WSJ article, so we will have to wait and see for the final location of the new Les Ambassades.  Red Rooster and Chez Lucienne is across the ways so upper Lenox might be the big area to move along this year.
Posted by Ulysses at 11:50 AM