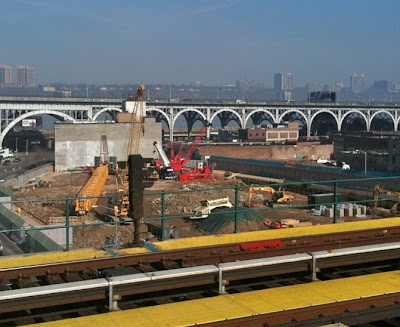 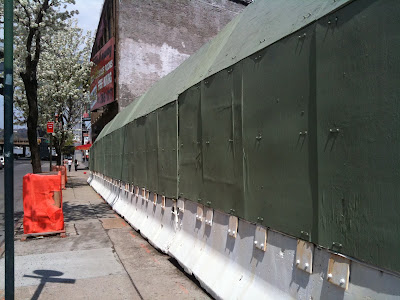 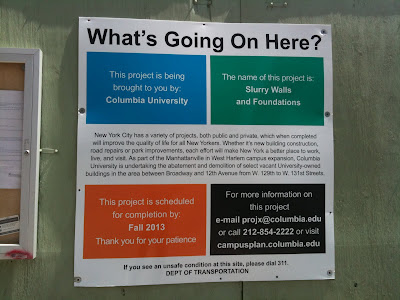 Signs have been posted all over the demolition site of the new Columbia Manhattanville campus at far West 125th Street and more recent ones have announced another upcoming milestone.  Earlier in the year, it was revealed that the demolition and abatement would wrap up by Summer 2011 and now it looks like the basic foundation work will take some time going forward.  According to a sign posted up on one of the plywood walls on the south side of the site, it appears that all of the groundwork will not be completed until Fall 2013 so not much will be rising in the next couple of years.
Posted by Ulysses at 10:17 AM