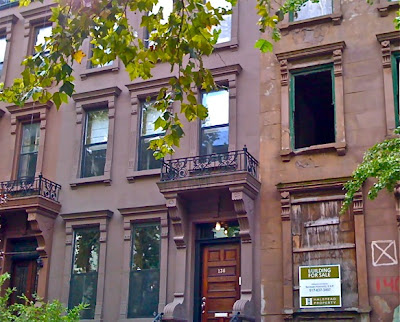 Which television celebrity's house at 136 West 130th Street is back on the market after spending over a year as a rental?  When production of the actor's show moved from New York to Hollywood a couple of years back, the house was placed on the market but went to rental when the $2.7 million asking did not attract a buyer.  More photos and details revealed about the brownstone after the jump. 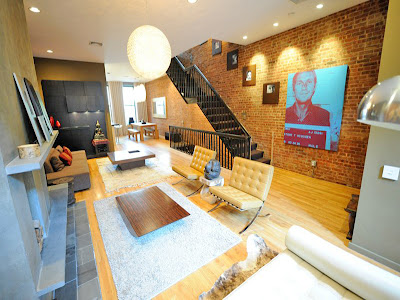 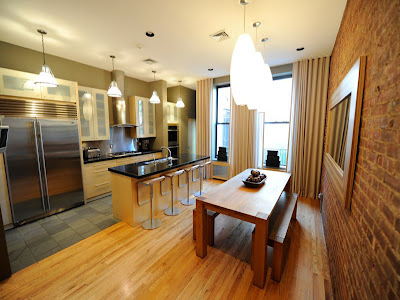 Soap opera star Cameron Mathison's house is on a block between ACP/7th and Lenox which has a pretty intact assortment of brownstones on both sides of the street but some shells still remain. Nevertheless, the actor raised his family in the 20 foot wide, 4,144 square foot  house until moving west and the renovated property has returned for $2.5 million as of last month. The single-family home did not have much as far as amenities in this neck of Central Harlem but the past year has seen a supermarket and some better restaurants opening up a few blocks south on Lenox. Check out a video of the actor, family and the house in our past post: LINK
Posted by Ulysses at 2:02 PM