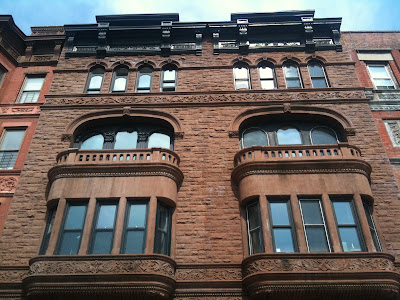 Number 195 Lenox Avenue at 120th Street (brownstone at right) went up on the market in January, raised its asking price from $1.57 million to $1.65 within two weeks and then went into contract in May.  So what was the final selling price for this 4-unit rental building with a vacant storefront within the Mount Morris Historic District? 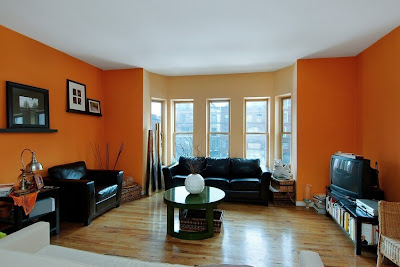 The 18 foot wide, 5-story building with reportedly 6,600 square foot of space initially appears to have all the basic upgrades in place and the interior is pretty straightforward.  All of the units are apparently rented except the aforementioned commercial space at street level.  When the sales finally finished up, this landmark brownstone eventually closed for $1.525 million.
Posted by Ulysses at 2:08 PM