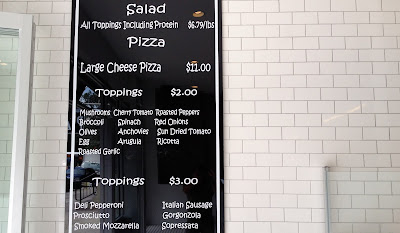 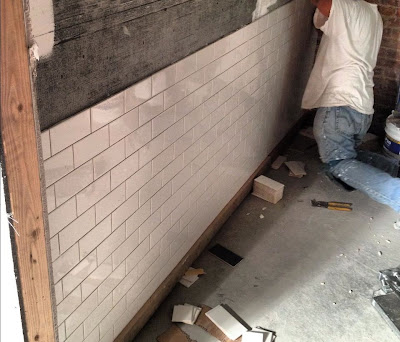 About every new trendy restaurant downtown has made subway tiles part of the interior and the early century design aesthetic has finally been catching on in Harlem.  The above photos shows the classic white subway tiles at the new Il Forno pizzeria on West 116th and the bathroom tiles being installed at the Harlem Public in West Harlem. Other pioneer eatery uptowns that have placed subway tiles as part of a classic interior includes the Corner Social, Chez Lucienne and the Harlem Shambles.  White is the classic color used in most cases since it is considered the cleanest color and pairs well with other contrasting hues.
Posted by Ulysses at 1:14 PM