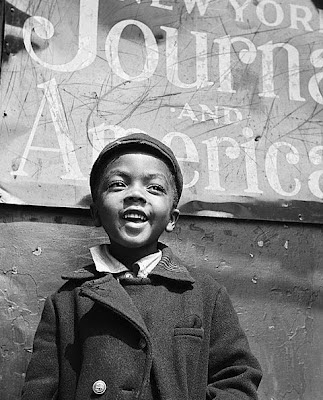 Gordon Parks' Harlem Newsboy photo taken in 1943 is probably one of the more joyful ones in a collection images taken uptown during the post depression years. Mr. Parks was a pioneer African-American photographer for Vogue and Life magazine but was mainly known for capturing images that relayed the struggle of poor classes in the city. A collection of Gordon Parks work is currently being shown at the Schomburg and another group of photos will debut at The Studio Museum later in November.
Posted by Ulysses at 4:05 PM