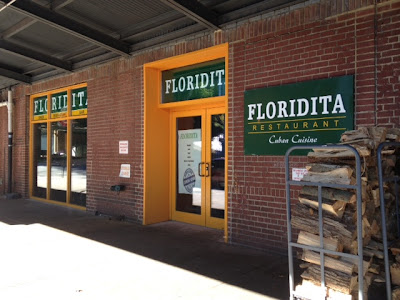 After a year of not much happening, it appears that the new Floridita location over in Manhattanville is finally making progress.  Walking by the old warehouse at 125th and 12th Avenue (that also houses Dinosaur Bar-B-Que), we noticed brand new doors and signage over at the formerly vacant space.  Those following Floridita's effort to reopen will remember that the restaurant had many legal issues with its landlord and the new space apparently had a major asbestos problem which prevented the West Harlem eatery to make any progress.  Floridita is a Cuban restaurant that has been in the neighborhood for decades and now things seem to be coming along for another opening in the coming months.  Read more about Floridita in our past post: LINK
Posted by Ulysses at 10:52 AM