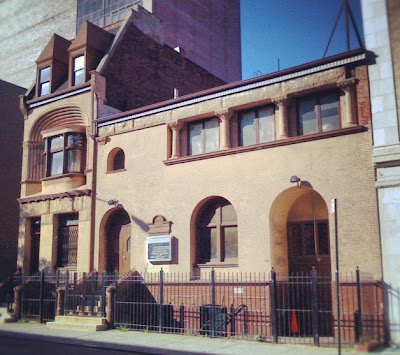 Feuding club owners have a bit of history in Harlem and the building just around the corner from the Red Rooster at West 126th Street was the site of notable rivalry.  The Plantation Club opened in the late 1930's just around the corner from Lenox Avenue and was the main competition for the Cotton Club in the Renaissance years. Apparently the new club hired away the famous Cab Calloway from the competing Cotton Club in an effort to make the new hot spot uptown.  Most of these establishments were run by the white mafia of the time period and what happened next made it into the New York Times :

The club was basically gutted with most of the interior hacked up and thrown outside to the curb. The proprietor would meet a mysterious, untimely death soon after the incident.