☞ DWELL: How Much for an SRO in Harlem? 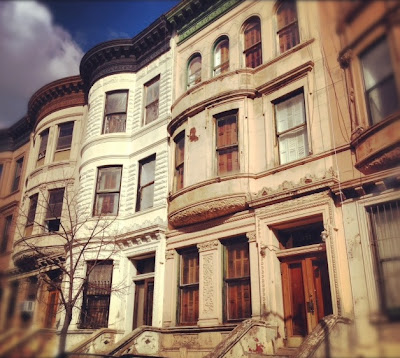 Single Room Occupancy (SRO) buildings for sale can be tricky but buyers who know how to get around all the legal issues often are the first to take advantage of the lower cost.  Number 133 West 119th Street went up on the market back in March 2012 for the asking of $784K and sold within less than two months.  Public records reveal that the building closed higher at $830K so the buyer must have known what they were doing for such a fast transaction.

This building has the merits of being on an architectural significant block by the Mount Morris Park Historic District but first time buyers probably could not handle all legal issues that would be needed to get all of the certificates in place and to check up on all of the unpaid violations.  It now has been nine months since the sale and nothing apparently has happened as far as renovations are concerned.  Then again, the new owner might just be holding on to it as an investment property and possibly sell it at a later date.
Posted by Ulysses at 12:12 PM