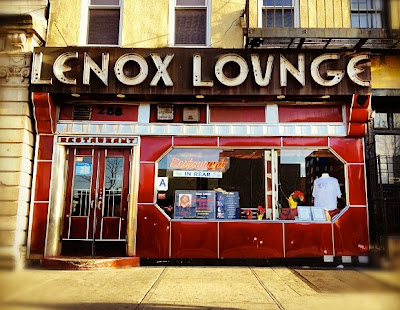 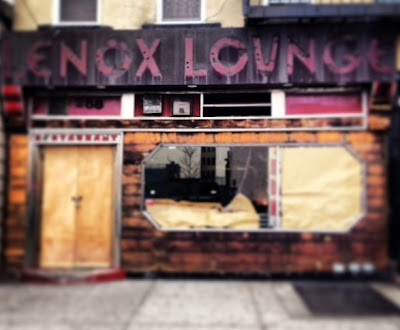 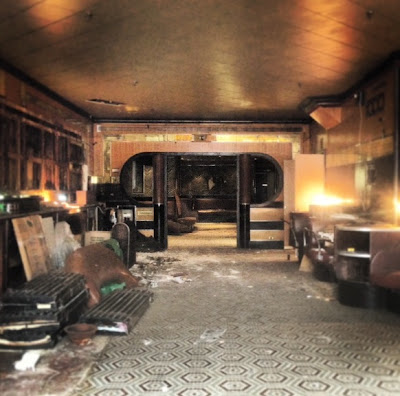 UPDATE:  A recent Times article has another opening date set for August: LINK

Based on media reports, the new owner of the former Lenox Lounge space apparently had plans for a March opening but now it appears that things are not working out in a smooth timeline.  We walked by the dismantled storefront just below 125th Street on Lenox Avenue yesterday and noticed that some of the paper in the window had fallen aside and took the lower photo.  The bar that was removed is still missing and there appears to not have been any upgrades made in the past three months since the lease of the space exchanged hands.  There is a lawsuit between the previous lease holder and the current tenant so this might be the reason things are going so slowly: LINK
Posted by Ulysses at 9:47 AM