BREAKING: DEMOLITION BEGINS AT THE RENNY 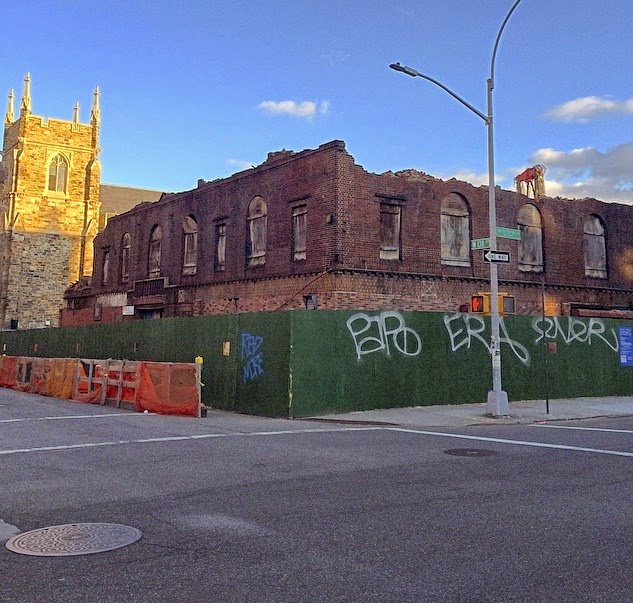 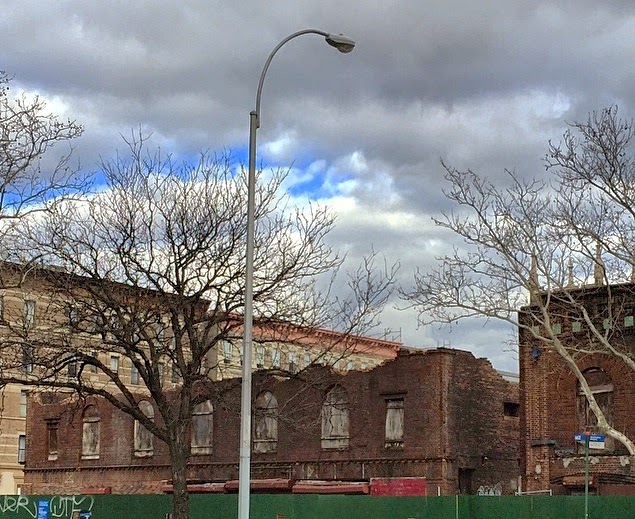 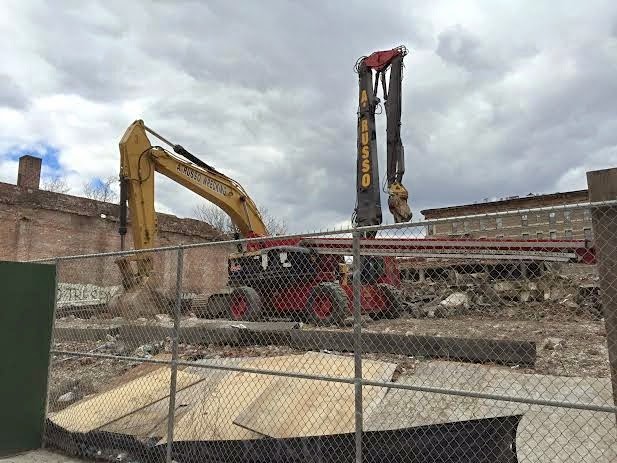 The developers that purchased The Renaisance Ballroom site on 7th Avenue and 138th had promised the community board that they would come back with other renderings incorporating the historic facade but somehow have now started demolishing the site.  A Bespoke tip came in with the above photos taken today with much of the roof on the north side destroyed at this point.  As folks may know by now, the Renaissance Ballroom was one of the only social establishment built by African-Americans during the early 20th century and was notably famous for hosting all of the jazz legends of Harlem and being the home court to the first black basketball team when the league was segregated in the early years.  Almost 4,500 signatures have been signed on a petition to preserve the unofficial landmark site but the developers appears to unilaterally decided to move on without any further discussion.
Posted by Ulysses at 5:59 PM