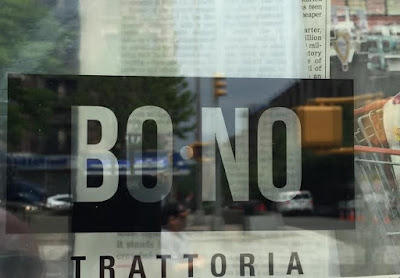 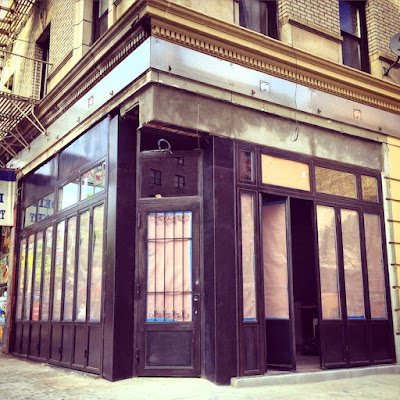 The second restaurant reportedly from the folks behind Covo in Manhattanville will now be called Bono Trattoria based on a tip received yesterday.  A photo was sent in showing the new artwork for the window which is contrastingly modern for the very traditional looking space.  Wood oven pizza seems to be a big trend in Harlem these days with the arrival of Serafina, Harlem Pizza Company and even The Draft House in just the past few months.  Babbalucci should also be part of the mix this month when they open their doors on Lenox Avenue.   Establishments such as Bettolona, Covo and Coccola were the original pioneers in recent years but now the trend seems to be picking up even more steam.
Posted by Ulysses at 9:43 AM