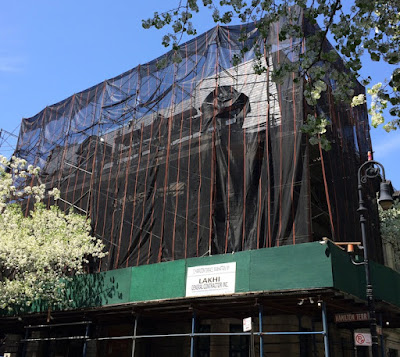 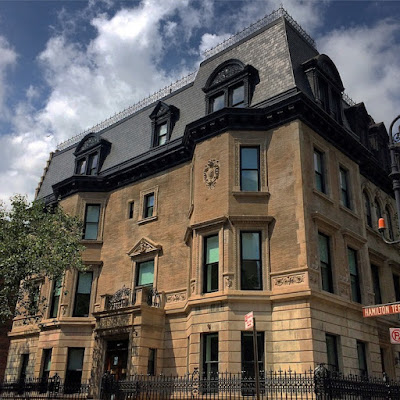 The mansion-like estate at 72 Hamilton Terrace has been under renovations for almost two years now and the scaffolding has finally come down in the past week or so.  This address was used as a church up until 2004 when a fired shut things down permanently and the remains of the landmark building was inactive until 2013 when the townhouse was sold to a local developer.  We walked by the corner building roughly by 144th Street just east of Convent Avenue today and took the above photo which now shows a complete historic restoration.  Even all of the cast iron cresting at the roof has been added back along with new slate shingles.  Word of mouth has it the owner has done quite a few amazing restoration in the Heights over the years so we expect the interior of the single-family home to be pretty spectacular.
Posted by Ulysses at 3:40 PM