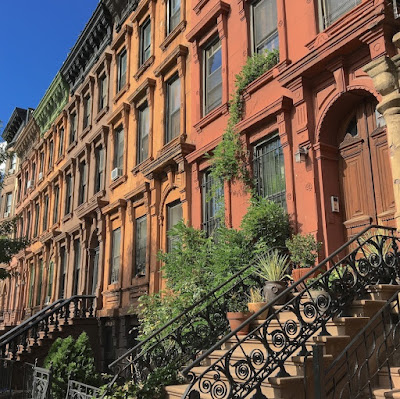 About 10 years ago, buying a fixer upper in Harlem for $1 million during the height of the real estate bubble was considered pretty outrageous but now the price has apparently inched up quite a bit in 2016.  An SRO (which also requires plenty of additional legal paperwork) at 9 East 124th Street appeared on the marker this year for $2.5 million, went into contract in two weeks and Streeteasy now reports that the brownstone closed for $2.15 million.   As mentioned previously, this location just east of Fifth Avenue with park views is the last row of brownstones in the Mount Morris Park neighborhood as the blocks transition into East Harlem.  With that said, some of the units are still occupied in the rent-stabilized townhouse so the buyer must know what they are doing.  The listing points out that the address is not in the landmark part of the neighborhood but previous maps might indicate otherwise.   Another record SRO sale at the same price point also closed this past summer over by the FDB corridor:  LINK
Posted by Ulysses at 8:49 AM