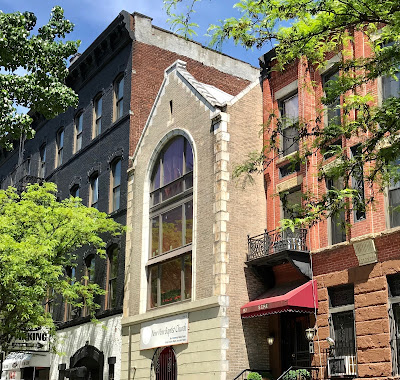 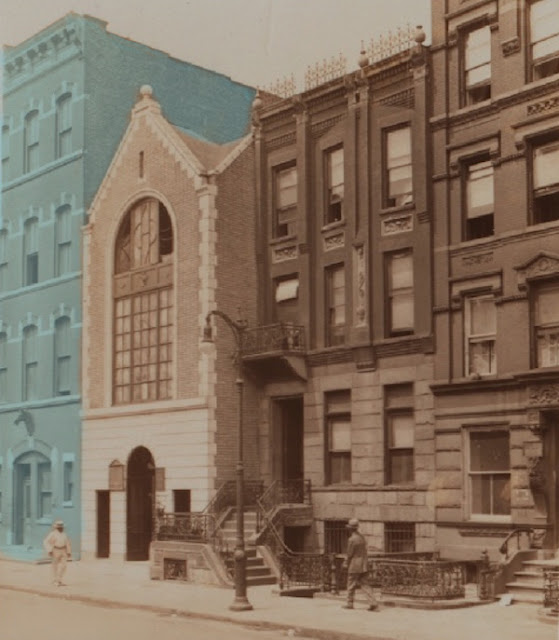 Harlem Bespoke: UPDATE: Over 630 signatures thus far!  The petition was shown to the Landmark Preservation Commission on Tuesday, May 29th and the building has been included with the now approved Central Harlem Historic District.  This all sounds great but a final vote in the coming months by the City Council could change things so the petition is style ongoing until then.  See the link below to sign up if interested in preserving the historic building.  The top photo was taken this week.

Central Harlem is finally getting a historic district but residents are now concerned that the former stable house at 161 West 132nd Street (highlighted in blue) might not come out intact.  The Landmark Preservation Commission along with the local block associations have worked together to preserve the architectural history of 130th, 131st and 132nd Street but the owner of the stable house wants to prevent this from happening to the building.

Without protection, the address could eventually be demolished or drastically altered so the whole point of having a historic district would be moot according to some who have worked on the effort.  A petition has been started by the block association to further include the stable house in the landmark designation and will be presented to the final LPC meeting this month.  Learn more and sign up here: LINK