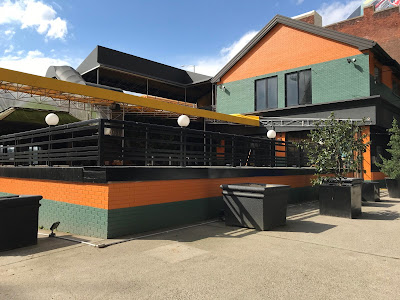 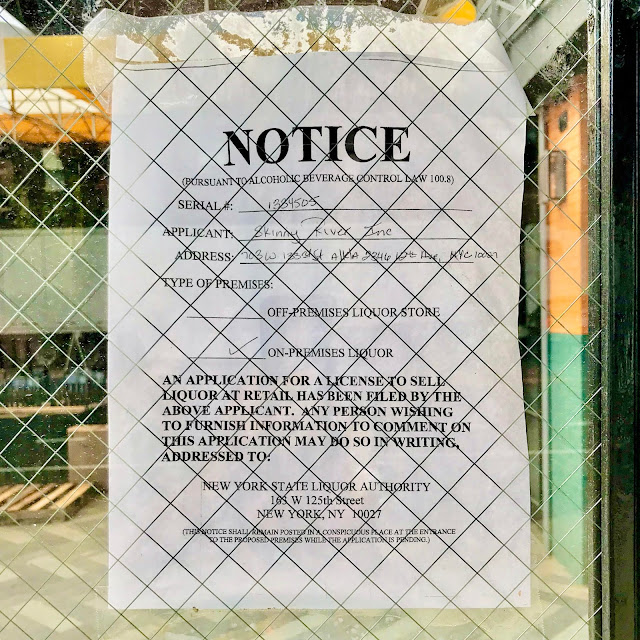 Harlem Bespoke:  UPDATE:  We have received a tip that Skinny's Cantina is the apparent new business and have added a few additional links to the original story below.
Our story on the new arrival at the former Bierstrasse location in Manhattanville was the first to break the news earlier this year and still keeps evolving.  A new coat of teal and orange paint has been applied to the exterior at the corner of 133rd Street on 12th Avenue but a closer look recently reveals that public notices to server liquor have been posted out front.  Skinny River Inc is the fake moniker at this point in time which is often the case for early restaurant paperwork which matches up with a Long Island City eatery called Skinny's Cantina.  The website confirms the same color scheme out front and also the blue and red cantina neon matches to the one currently on site. 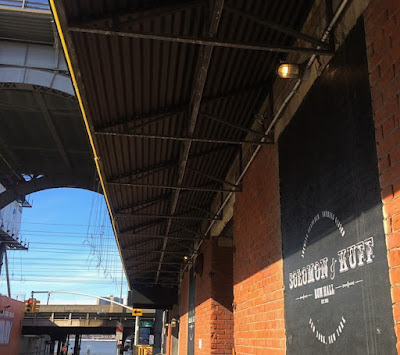 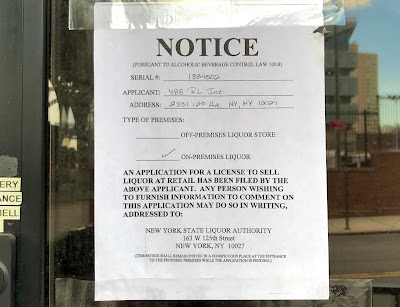 We were also the first to mention back in March that the former Solomon & Kuff space across the street was also reopening as something new.  The major restaurant group that has arrived secured both leases but it is still unclear what the two businesses will be all about.  Now a public notice has been placed on the door of the former Solomon & Kuff so things are definitely rolling towards a possible summer opening.  More details on this major West Harlem development can be found in our past post: LINK
HarlemBespoke.com 2021
Posted by Ulysses at 9:18 AM