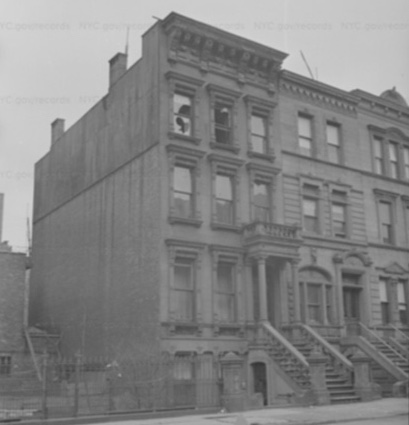 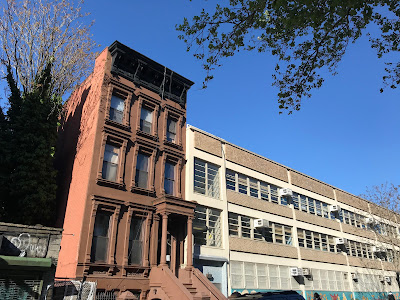 Harlem Bespoke: We had an updated story on the former Hale House brownstone on West 122nd Street but then wondered what was on the block between the this address and the other bookend brownstone further east since there is a late mid century school building in between. 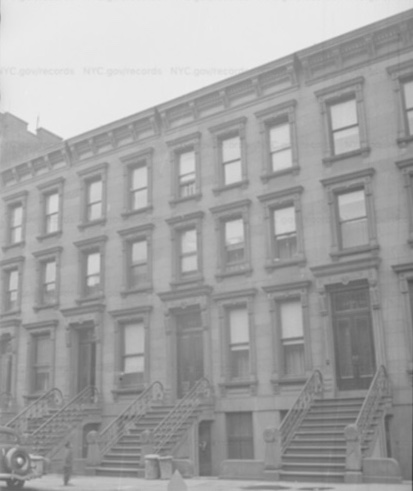 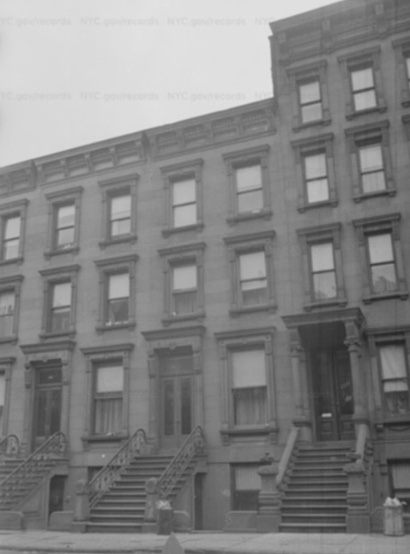 The last two photos show the other brownstones that once lined the block but somehow was demolished by the 1970s which was the era before historic neighborhoods had landmark protection.  Searching DOB permits only, several of the brownstones had demolition permits filed in 1957 so that was probably a time when there was a lot of property abandonment starting to happen for one reason or another.  You can actually see the broken windows on the top photo which kind of predicted the fate of some of the neighboring townhouses on the row.
HarlemBespoke.com 2022
Posted by Ulysses at 12:22 AM