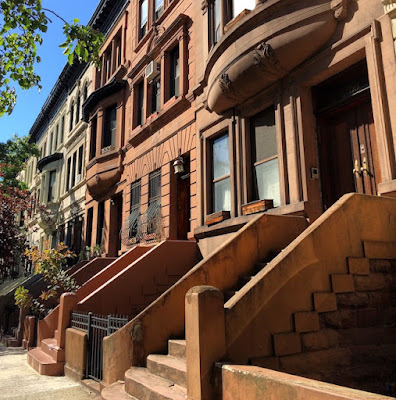 Harlem Bespoke:  Number 58 Hamilton Terrace brownstone at 144th Street has arrived on the market for the asking of $2.75 million back in June, had a contract out by September and now has sold in November. We will have the final closing price revealed once listed. This landmarked 2-family townhouse in Hamilton Heights was designed in 1897 by architect Henri Fouchaux and has quite a bit of original details throughout.  The neighborhood is one of the most charming ones on the west side and is about 5 minute walk to the express trains at 145th Street which takes only 2 stops to get to midtown.  Record breaking sales have already been made in this particular historic district so an interested buyer should come about sooner than later.  More photos and details can be found on Streeteasy: LINK
HarlemBespoke.com 2022
Posted by Ulysses at 10:08 AM