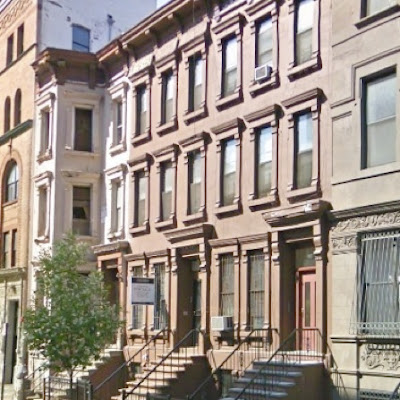 There's not too much new housing stock on the market this time a year so we decided to check into some of the ones that have been floating around for some time.  The 16.67 foot wide, occupied SRO townhouse at 239 West 120th Street has a pretty good location (half a block from the South Harlem FDB corridor) but the street that the property is on isn't one of the most charming.  There's only a handful of brownstones left on the block and the majority of the immediate area consist of taller prewar buildings or the elementary school down the street.  With all that said, the 3,800 square foot of space is also probably chopped up and the cost of the work to be done is only further exacerbated with the legal issues of the SRO situation. It's been on the market for almost a year and a half now at the asking price of $689K but maybe 2011 will be a turning point.  Thoughts?
Posted by Ulysses at 3:26 PM