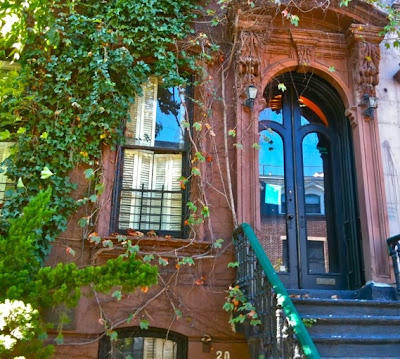 What might be the most famous brownstone in all of Harlem just does not seem to be making any progress these days. Number 20 East 127th Street was the home of Langston Hughes in his latter years and has been on and off the market since 2009.  The 20 foot wide house just east of Fifth Avenue originally entered the market for $1.2 million, had been pulled off the market and returned months later with a new broker along with a price of $1 million back in in August 2010.

Almost one year later, nothing has happened as far as contracts go and the converted rooming house still has the same asking price.  A neighbor across the street sold for $1.175 million in the past year but that house at 11 East 127th Street was fully renovated: LINK.  As far as the interior of the Hughes House goes, the townhouse will have to be fully renovated but some of the original details are the best to found in town: LINK
Posted by Ulysses at 2:03 PM